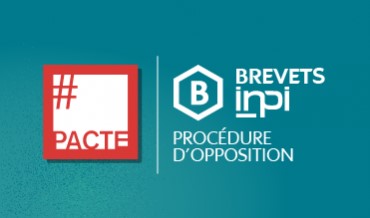 The Minister of Economy and Finance presented Ordinance No. 2020-116 of February 12, 2020 which provides for the creation of a right of opposition to patents.

This order, based on the so-called PACTE law, aims to allow third parties to administratively request from the French Patent Office (INPI) the revocation or modification of a patent.

Under the conditions and deadlines provided for by a decree of the Council of State, any patent granted may henceforth be the subject of opposition to the INPI, formed by any person, except for its holder.

The INPI and the CNCPI (National Organization of Industrial Property Attorneys) are working jointly to set up this opposition procedure.

The first meetings were held with representatives of the INPI to discuss the implementation of this patent opposition procedure.

Opponents of a patent application will have a maximum of 9 months after its grant to file an opposition.

The opposition procedure will take effect on April 1, 2020 and will apply to patents issued on or after that date.